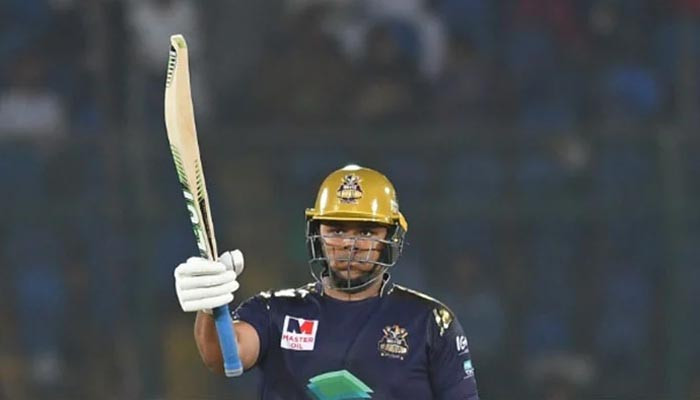 LAHORE: Chief Selector Muhammad Waseem on Friday defended Azam Khan’s selection in the T20I squad, as the uncapped player was selected for the T20I squad.

Pakistan cricket team’s management announced the names of the cricketers who were selected for the England and the West Indies squads earlier today.

Haris Sohail and Azam Khan were included in the ODI and T20I squads for the upcoming tours.

“We have observed an improvement in Azam Khan’s fitness,” said Waseem during a press conference. “We included players in the team based on their fitness standards.”

Waseem said the management had kept in mind fitness as the main criteria for selecting players. However, he said it was also important to ensure the team selected was a balanced one.

“I said the same when selecting Sharjeel Khan,” he said. “We will keep working on his fitness but he was chosen keeping in mind the team’s combination,” he added.

Speaking about all-rounder Imad Wasim’s inclusion, Waseem said he had performed well in the UAE. “It is possible that the T20I World Cup takes place in the UAE, which is why he has been selected, keeping in mind the tournaments to come,” he added.

The chief selector said the decision to announce the squads at this time was taken keeping in mind logistical reasons. “Ideally, we would have wanted to announce the names after the PSL,” he said, adding that those who performed well in the remaining matches of the PSL 2021 will be considered for future series as well.

In response to a question, Waseem said the management had decided to make a few changes to the squad every now and then but had decided to retain the same core team till the World Cup.

He said players who performed in the domestic circuit were being given chances. “We included Saud Shakeel and Danish Aziz in the squad but they were unable to grab the opportunity,” he said.

Here are the names of the players selected for the T20I, ODI, and Test series for the upcoming West Indies and England tours.

Paris 2024 lauds Tokyo for pulling off Video games amid pandemic